Year 3 and 4 had an extremely busy morning on their trip to The Collection, which brought their Gods and Mortals project to a close. They had the opportunity to participate in three separate workshops, which included: a role play activity, which looked at the Greco-Persian war; a shield making activity, where the children could design their own Ancient Greek style shield and finally they took part in an archeologically dig to find some replica Ancient Greek artefacts. The children were all super well behaved and were a credit to the school and it was great to see how much they have engaged with the project. To see more pictures as well as the ones below please visit the Year 4 class page.

This morning Year 3 and 4 had their WOW event where they got to take part in lots of activities to do with their current project of 'Gods and Mortals'. It was great to see so many adults coming into the classrooms and taking part in the activities and also seeing all of the work the children have been doing this term. Have a look at the pictures below to see all the fun that happened (more pictures can also be found on the Year 4 class page).

Year 3 worked on an important skill today in English; they had to edit their myths from last week using criteria from a checklist. Self and peer assessing their own work is an important skill to learn and can really benefit their writing to ensure that they include all the required features.

This week the children in Year 3 will be taking part in activities to support their innovate week. For their current project, the innovate builds on the myth of Pandora's Box. To start the week the children took part in some 'Would you rather...?' scenarios before being faced with a big class decision; opening a box delivered to the classroom. In the box there was either a note saying that Year 3 would have to miss every break time for the remainder of the week. But there was also the chance that there were bags of sweets in the box for every member of the class. The children split into two groups with one giving arguments for opening the box and the other side giving arguments against opening the box. The children generate some really good arguments and were able to think on the spot to respond appropriately to arguments from the other side.

This week Year 3 have been extending their knowledge of division. They began the week by sharing objects to represent number sentences and find the solutions practically. The children then moved on to solving more difficult word problems as well as some reasoning questions where they had to justify their answers giving examples.

This week the children are creating their own myths based in Ancient Greece. Today the children had to think about a myth as a group and then perform this to the rest of the class. They had to think about what the characters would say to each other and how they would include all of their characters for example; the hero/heroine, the mythical creature and the immortal God. This will now help them with generating ideas for their own myths later in the week.

Year 3 have had another busy Monday afternoon! Today they had to finish making the their minotaur heads from the Ancient Greek myth. They had to finish making the features of the face including: ears, horns, eyes, nose and mouth as well as then painting the heads to make them super scary!! The children worked really hard to get them finished and hopefully they will dry nicely over night and be as menacing in the morning...

During the lesson today, the children were given the challenge of retelling the myth of Theseus and the Minotaur using comic strips. Some children created a comic strip in their books whilst others used the 'Strip Design' app on the Ipads. They children created some amazing pieces of work and they have really enjoyed studying this myth. Have a look at the pictures below to see some of their work...

Today in English the children continued to explore Ancient Greece and studied the myth of Theseus and the Minotaur. After listening to a audiobook of the myth, the children were challenged to put the picture cards into the correct order. They were all able to recall the main events of the myth and key individual characters.

Well it was a rather messy afternoon in Year 3 and the full afternoon time was certainly used! The Minotaur sculptures are starting to take shape nicely and will be ready to paint by the end of the week. Have a look at the pictures below to see how messy the classroom was!!

This week in English and Project lessons the children have been focussing on the Greek myth of Icarus and Daedalus. They have studied the story in detail and then put themselves in the shoes of one of the main characters. They then had to create a diary from the time in the story where Daedalus explains that he is going to make a set of wings so that they can fly from the trapped tower. The children had to think about what their character would be feeling at this point - knowing there was a chance of escape but through an invention never created before? The children produced them on tea-stained paper to add to the authenticity of the time period. Have a look at the pictures below to see their recounts...

This term the children have moved onto the Christian religion and in particular are looking at Lent and the religious meaning behind this period in the religion. Today they considered why Christians participate in the season of Lent and the children had to consider what they would give up for Lent and why. The children also took part in lots of activities using the Ipads to research some more information about Lent. Have a look at the pictures below to see what they got up to...

Year 3 were flying through their project this afternoon! After talking about the story of Icarus and Daedalus the children were given the task of creating a set of wings which would fit them. They carefully created feather shapes out of card, which they then stuck onto a template of a wing to create the overall set of wings. Have a look at the pictures below to see the amazing creations that they came up with...

In English this week the children have been exploring their gods and mortals project in more detail by looking at Olympus; the home of the Gods and Goddesses. The children had to think about the five senses when writing their descriptions, have a look at the few videos below to listen to some of the descriptions... 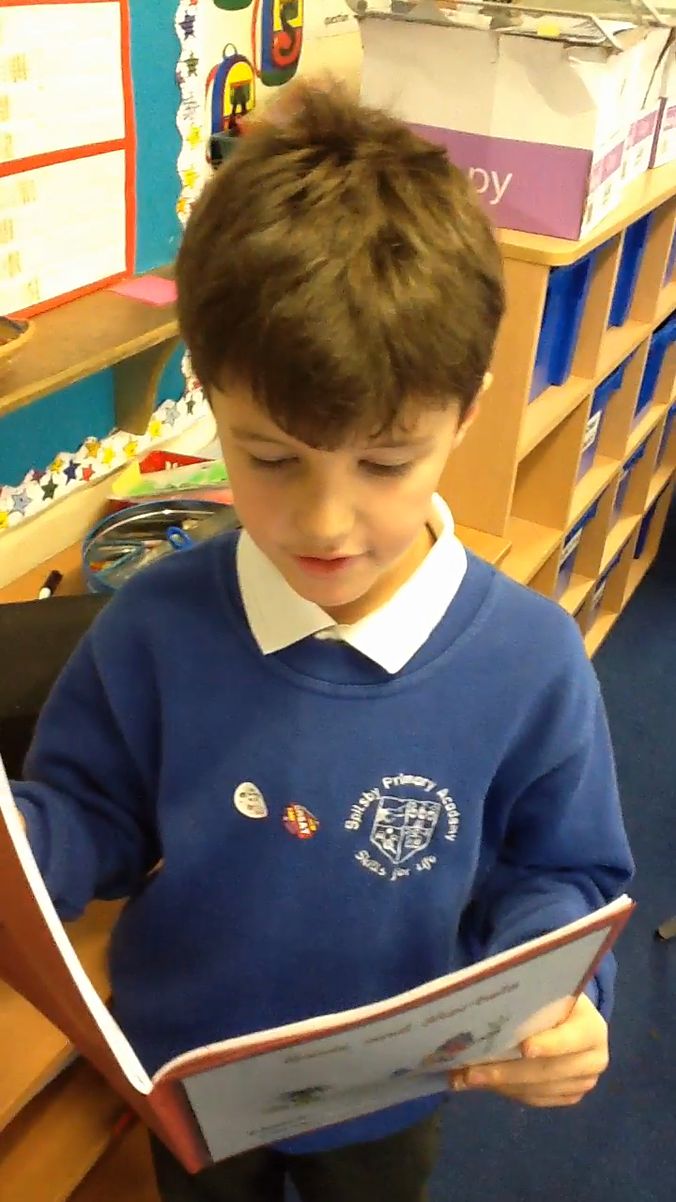 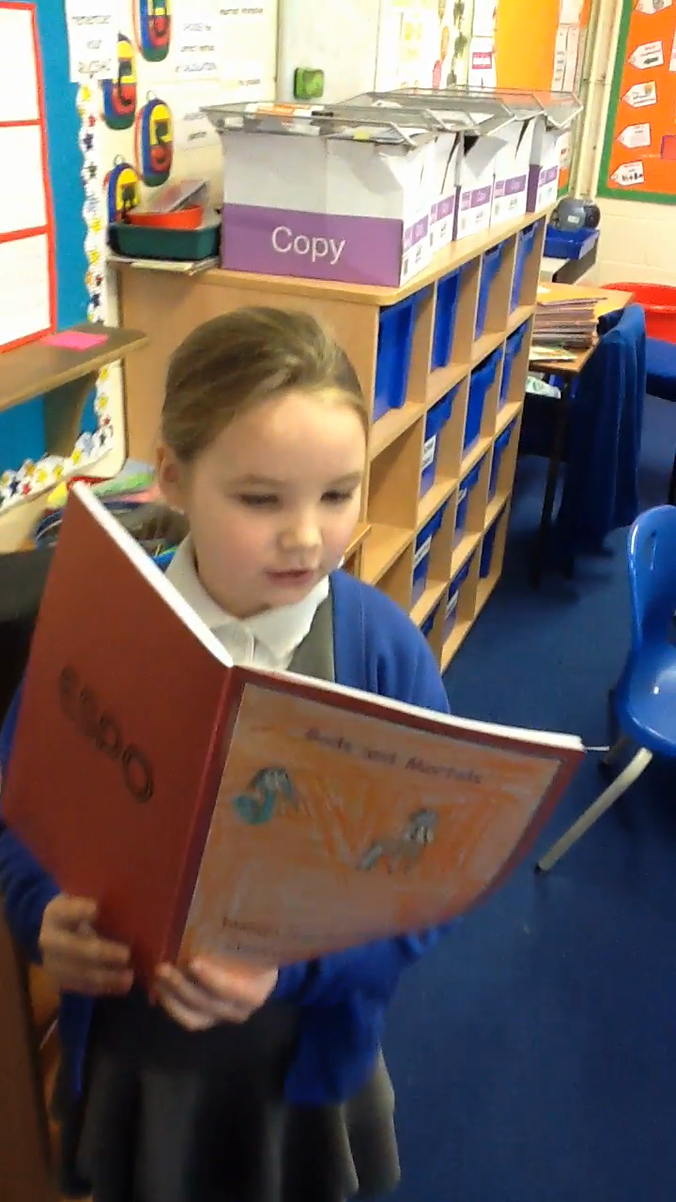 WOW! What an eventful day for both Year 3 and Year 4 as they fully immersed themselves into their new Gods and Mortals project! They got to take part in various activities all linked to Ancient Greece including: meeting the Greek Gods, including Zeus; creating a Greek vase and also creating some Greek mythical creatures. The children thoroughly enjoyed all the activities and asked some amazing questions and seem to be really excited and interested in this project. Keep checking the class page to see what they get up to over the term...